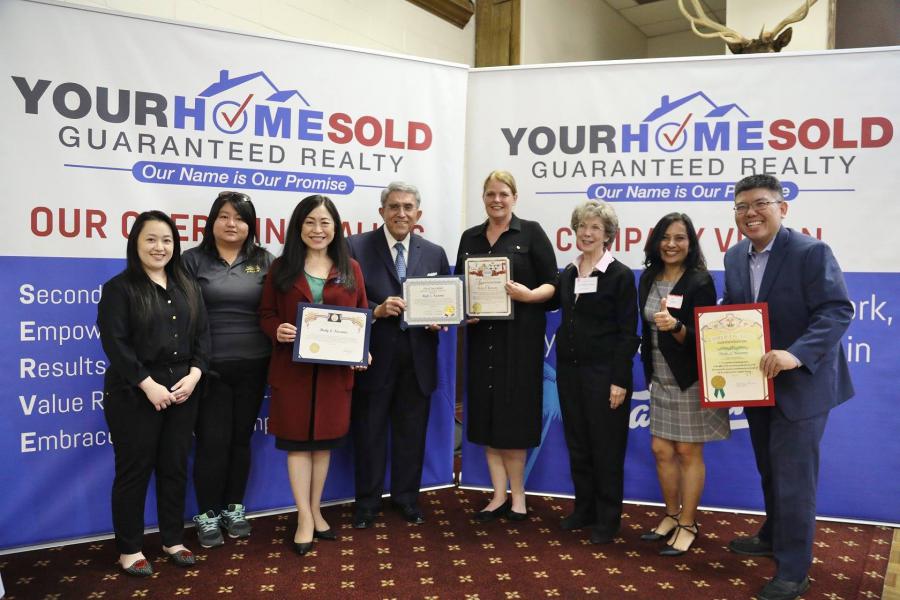 During the event, Rudy L. Kusuma, the CEO and team leader of the team, also held a silent auction charity fundraiser for the attendance to support a local non-profit organization called La Casa de San Gabriel Community Center. La Casa aims to serve the low income families within the San Gabriel area. Their programs and services are designed to uplift families, who are mostly working but unable to climb out of poverty. They primary focus is on early education along with health and wellness issues. Jane Atkins Vasquez and Lisa Gutierrez-Correa, the directors of La Casa, were at the event to receive the donation from Rudy L. Kusuma Home Selling Team.

At the event, Rudy L. Kusuma and the team brought a pallet filled with boxes of school supplies. The team also had a few other goods that were auctioned off and donated to La Casa. The team was able to raise $1,000 through the silent auction and all the proceeds from the auctions were donated to the La Casa organization.

Rudy L. Kusuma Home Selling Team is known for its expertise and high level of commitment in innovating industry solutions to improve the services to the community. They also use their team system to benefits sellers and buyers in their real estate transactions. They also have the heart to support and give back the the community through their mission and second mile service.